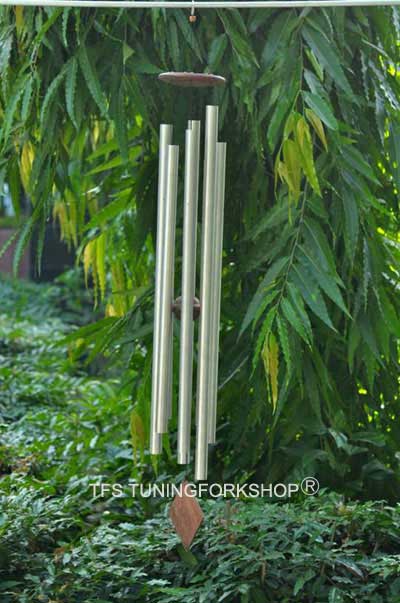 The Sacred Solfeggio Wind Chime is based on 6 Solfeggio frequencies known as the Secret Solfeggio.These were discovered by Dr. Joseph Puleo using the ancient Pythagorean method of reducing the verse numbers to their single digit integers,the codes revealed a series 6 of electro-magnetic sound frequencies that correspond to the 6 missing tones of the ancient Solfeggio scale.

These original sound frequencies were used in Ancient Gregorian Chants. These chants and their special tones were believed to give tremendous spiritual blessings when sung in harmony during religious masses. These frequencies can now be produced with the help of these Sacred Solfeggio Wind chime.

This Wind chime is based on these 6 Solfeggio Frequencies

Main Features of this Healing Chime:

To read more about our Tuned Wind Chimes