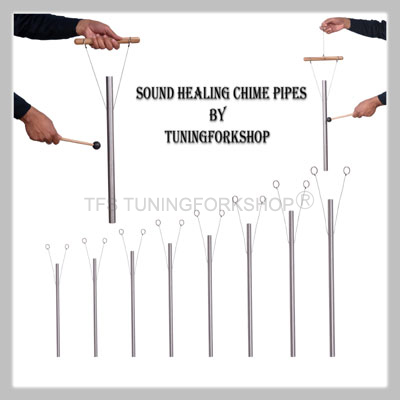 Fibonacci Healing Tuned Pipes Chime for Sound healing. It is louder than tuning fork. Ideal for self use or for group.