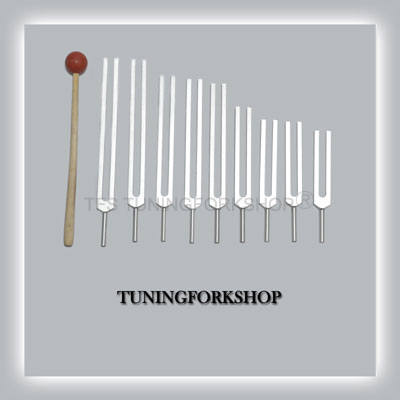 9 Solfeggio Tuning forks for Sound Therapy. These are high quality machine made tuning forks which are excellent for sound healing and not moulded tuning forks. Free shipping.

The Sacred Solfeggio Tuning Forks are available in complete set of 9 tuning forks which include the 3 missing notes in the sacred frequencies known as the Secret Solfeggio.

These original sound frequencies were used in Ancient Gregorian Chants.
These chants and their special tones were believed to give tremendous spiritual blessings when sung in harmony during religious masses. These frequencies can now be produced with the help of these Sacred Solfeggio Tuning Forks.

The 9 STANDARD Frequencies are :