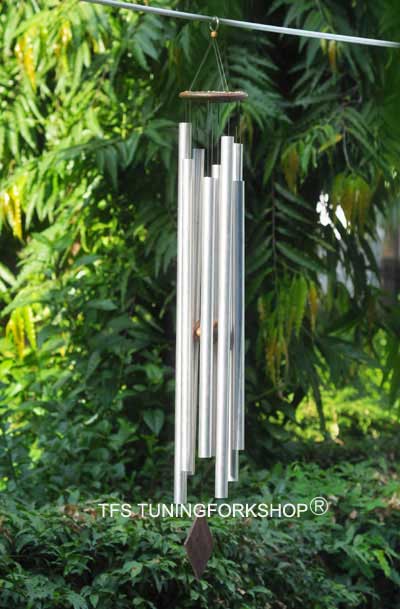 This is Fibonacci Chime. The Fibonacci sequence was well known in ancient India, where it was applied to the metrical sciences. The Fibonacci series may appear as an ordinary sequence of numbers but behind the simple group of numbers is an amazing fact that has become the foundation of mathematics which also served as the key to unlock some of the hidden mysteries in nature.Fibonacci Series can help man to understand the world in which he lives in. Fibonacci Series could also be one of the means to solve the daily problems he faces in his everyday living. As early as the period during the ancient Greeks, Fibonacci Series have been employed to discover the wonders of nature as shown in the various figures found on the natural world which includes the arrangement of plants, leaves, fruits, shells and almost anything anyone can ever think of. They have a frequency equal to that of the sound heard inside sea shells.
They help us in finding realities inside other realities. Very often, healing is more forceful & better when done in an alternate reality than in a normal one. Usually people who have had some trauma or have some addiction, also go into different realities.These Chime sounds produce a connection between different realities which can help in healing in a big way.

The Fibonacci Chime has 8 Pipes.

Main Features of this Healing Chime:

To read more about our Tuned Wind Chimes