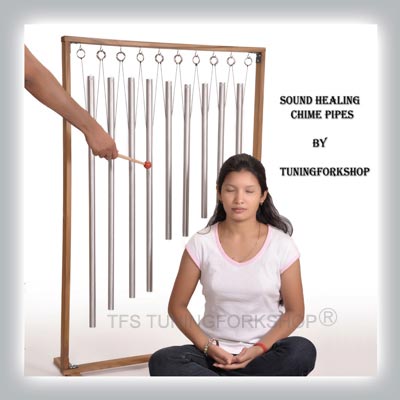 8 Fibonacci Healing Tuned Pipes Chime for Sound healing with Large ready to assemble wood stand. It is louder than tuning fork. Ideal for self use or for group.

With Large Ready-To-Assemble Wood Stand with Tools plus Rubber Mallet with this Healing Tuned Pipe Set.

Along with Pipes You will receive Kit for Wood stand which can be easily assembled with the help of tools and instructions enclosed with the kit.