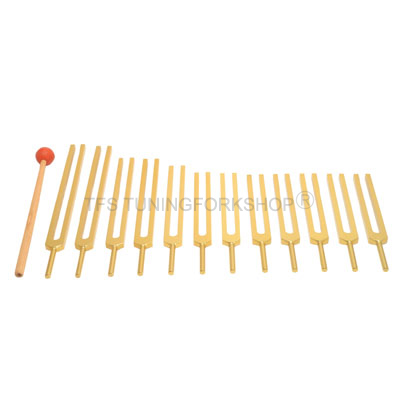 Kabbalah Tuning forks for Sound Therapy. These are high quality machine made tuning forks which are excellent for sound healing and not moulded tuning forks. Free shipping.

Kabbalists believe the Tree Of Life to be a diagramatic representation of the process by which the universe came into being.

The branches, spheres or Sephirah of the Kabbalah Tree of Life are explained briefly here:-
( There are many wonderful books that delve into the deeper meanings of each sephirah and their relationships to each other via various pathways.)